FCPX lightning fast post-production Soho Editors will be showing off the unmatched speed of the Final Cut Pro X ecosystem, with a range of demonstrations from grading in DaVinci Resolve, vfx plugins and VR360 from FxFactory, Multicam Productions with Softron, Inside the Edit’s masterclasses, Blackmagic Design’s Ultra HD solutions and AJA’s 4K workflow.

Take in our extensive seminars on a host of subjects including Editing, Grading, VFX and Hardware UD H workflows and test our experts at the Soho Editor’s demo pods on anything and everything post production.

Please note although although our sessions are all free and first come first served you will still need to register for BVE. We look forward to seeing you.

Speakers at this event 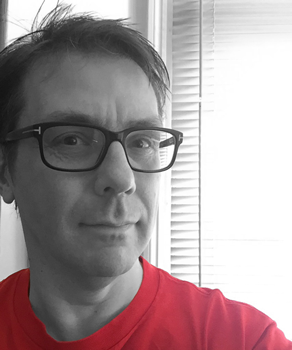 Alex Gollner is a freelance editor based in London. As well as editing projects ranging from dramatic shorts to films for corporations and charities, he creates complex motion graphics sequences for large-scale live events.

In 2008 he discovered a bug in one of Final Cut Pro 6ís video effects. The bug that made it impossible for many international users to use scrolling text. Alex fixed the fault and uploaded a new version of the effect to the web. This was the first of many free Final Cut Pro plugins he's donated to the editing community since then, some of which have been used in network television productions and on feature films. 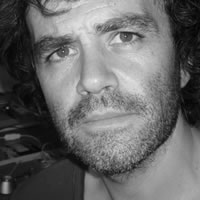 Alex Snelling from SOHO EDITORS will be presenting seminars on the latest workflows for Final Cut Pro X & Motion 5, with an emphasis on Motion Graphics.

Alex started work as an editor in Soho and has been working with Soho Editors for almost 20 years. He has spent long periods as a promo producer and an independent producer/ director and continues to edit with clients ranging from Apple to independent event organisers.

Alex has edited twice for legendary director Julien Temple, The Sex Pistols, The Scissor Sisters and Alexander McQueen and is a regular at the BBC.

He has supervised workflow and written at enterprise level, for clients such as BBC, FIFA and Apple and has trained Final Cut Pro around the world for the last ten years.

His paper “Final Cut Pro X In A Shared Environment” is the definitive document on this subject and takes pride of place amongst other white papers on Apple’s own website.

FCPX offers extremely efficient 4K and UltraHD workflows. When combined with hardware offerings from AJA, you can truly maximize quality, efficiency and capture and playout options for your high resolution workflows.

Learn more about how products like AJA Io 4K with Thunderbolt with High Frame Rate support and Ki Pro Ultra for 4K and UltraHD ingest and playback can augment your NLE pipeline.

AJA and 4K/UltraHD for NLE workflows 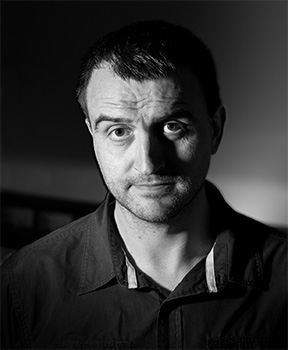 Paddy Bird
Inside The Edit

Inside The Edit's Mysteries of the Craft

Inside The Edit Founder Paddy Bird takes you on an intricate journey through the complex art of high end editing. Learn techniques and theories not taught in any book, training course or film school.

Paddy Bird is the creator of Inside The Edit, the world’s first creative editing course for documentary and primetime television.

Paddy is one of television's most prolific and accomplished editors. For the past fifteen years he has edited dozens of prime time documentary, entertainment and reality TV shows for British and American television. He has even worked in war zones, spending time editing news stories on location in Iraq.

Paddy has worked on multiple seasons of many of the world's most renowned format shows including X Factor, Big Brother, Wife Swap and Secret Millionaire while at the same time editing numerous high-end political, historical and observational documentaries. He has worked for broadcasters such as the BBC, Channel 4 (UK), ITV (UK), Discovery Channel (USA National Geographic (USA), PBS (USA), The Smithsonian Channel (USA), ABC (USA) and CBC (Canada). For them he has edited some of television's most respected documentary strands such as America's NOVA science films and Britain's award winning observational documentary series Cutting Edge.

He is a voting member of the prestigious BAFTA Editing Chapter and has spent many years teaching at Soho Editors. He has taught hundreds of producers, directors, cameramen, video engineers and professional editors from production companies and broadcasters around the world

The Softron family of products ranging from MovieRecorder to the brand new M|Replay help record, edit and produce live events all over the world and keep them within budget. Learn how you can take advantage of the Softron Mac-based solutions to produce your own live events and also get a preview of the first ever instant-replay application for the Mac: M|Replay."

Pierre Chevalier is Softron's CTO. Before working for Softron, he was Technical Director in various TV stations, so he has a good understanding of the requirements of live production. He is the link between the users and the development team, so he can gather feedback, feature requests and make sure these translate into the best products on the market. 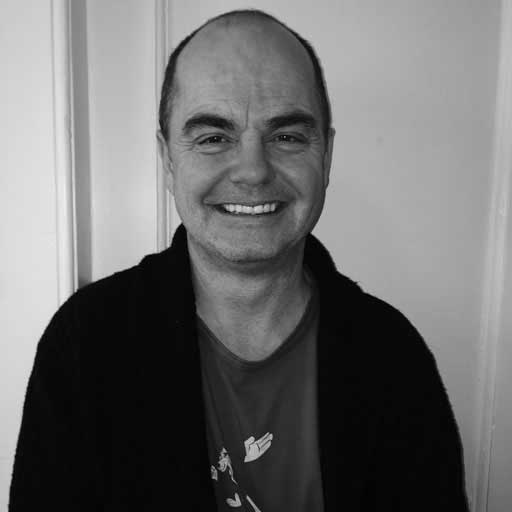 Rory Cantwell from SOHO EDITORS will be presenting seminars on the latest workflows for Final Cut Pro X & Motion 5, with an emphasis on Motion Graphics. He also demonstrates how quick and easy it is to get a professional grade with DaVinci Resolve 12 Studio.

He has also acted as a creative consultant for several major broadcasters helping them to maximize the creative potential of their postproduction resources.

One of the founding partners of Soho Editors Training, Rory has the great combination of extensive 'real world' post production experience and a proven track record as a highly skilled
trainer. 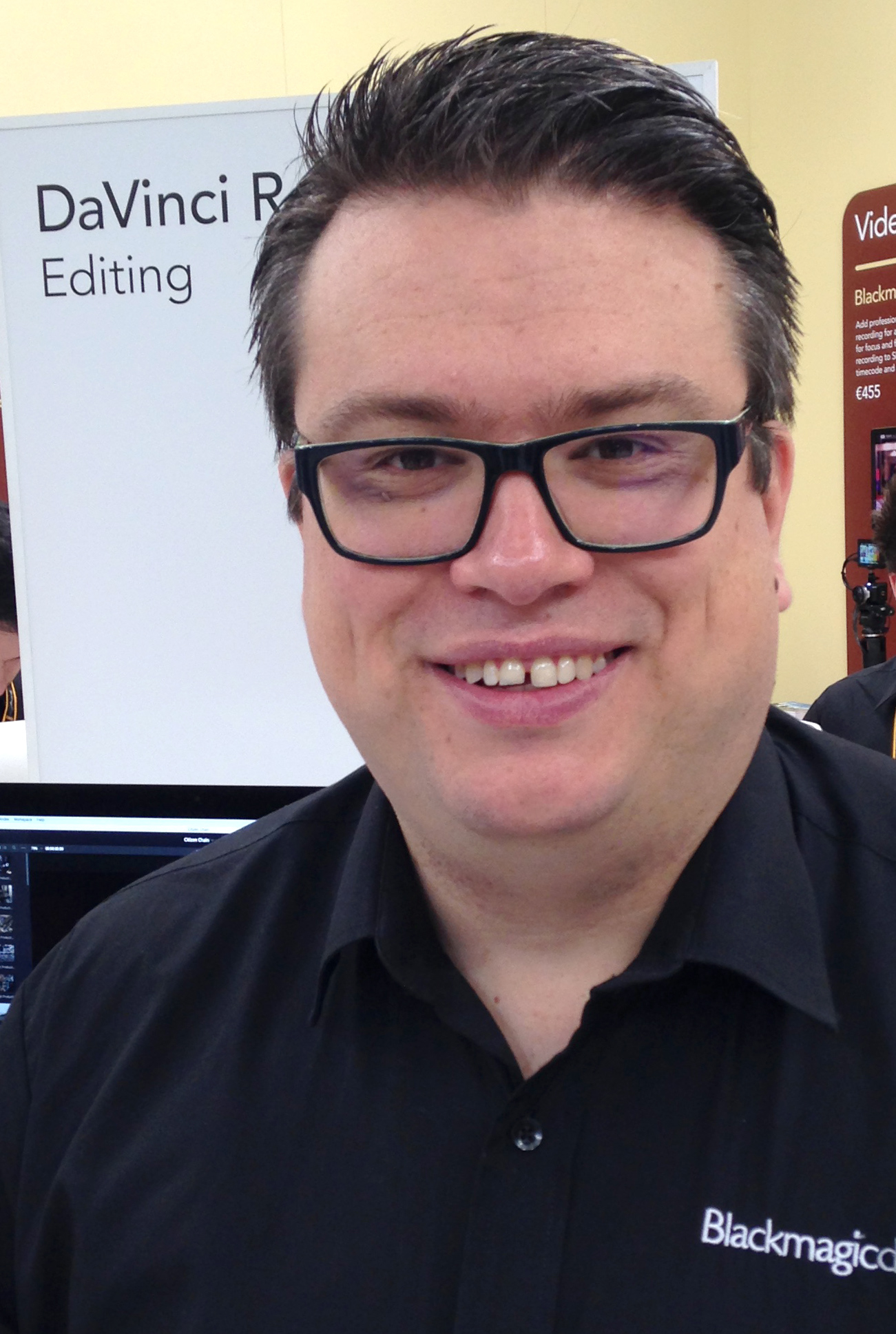 Simon Hall is a DaVinci Resolve specialist with Blackmagic Design and has extensive experience of post production workflows. Formerly a trainer with Soho Editors, Simon has taught editing, colour correction and compositing with FCP, DaVinci Resolve, Fusion and more over a 10 year period. As well as training he has over 12 years experience as an editor and grader.

Thomas Grove Carter demonstrates his complete editing process on a recent Audi campaign. He will show how he organises, selects, assembles, builds sound design and crafts his edits. His presentation will show how Final Cut Pro X directly supports his creative decisions, speed and collaboration.

Thomas Grove Carter is a commercials and music video editor who cuts at Trim Edit in East London.

After studying film at university and editing 16mm on a Steenbeck, Thomas went on to cut his teeth in the music videos working with artists like Arcade Fire, Mumford & Sons and James Blake.

He's also been lucky enough to work with some of the most exciting directors, which led to an ever growing commercials reel featuring Honda, Perrier, Audi and Adidas.

Recently he won a Graphite Pencil at the D&AD's for editing Honda's interactive film, 'The Other Side'.