Discover the latest Final Cut Pro X, DaVinci Resolve, Virtual Reality and Multi-User workflows. Get hands-on experience with the JellyFish and the Indie, the world’s most advanced shared storage systems for creative professionals. And come and play with the newest applications and plugins in our demo area.


We are only 10 minutes walk from the RAI exhibition, 5 minutes from the RAI train station and look forward to seeing you. A full list of the partners, speakers and to register for sessions below.

Speakers at this event 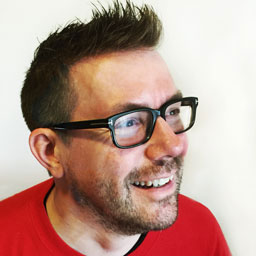 Alex Gollner is a freelance editor based in London. Alex has been making films since 1997, starting with Adobe After Effects animations, progressing to Final Cut Pro editing, to this year producing VR video on a scientific research ship in the middle of the Atlantic. Since 2008 he’s shared over 100 of his free ‘Alex4D’ Final Cut Pro plugins with the editing community. 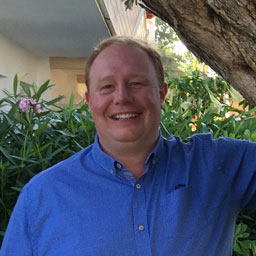 Bart Neckebroeck (Belgium) is a renowned editor, trainer and workflow specialist, and CEO of Broadcast College. He has worked on many television series, films and documentaries and he has trained numerous editors for post production facilities and for national and private television stations in Belgium. Bart knows every major NLE on a professional level, but he prefers to work in Final Cut Pro X for his own productions. Together with his Friend Flip De Rijcke, Bart has been awarded the National Geographic Adventure Prize for his editing work on the documentary “Swept Away”, which was the official selection of the Mountain Filmfestival in Trento.

In his presentation, Bart will explain how he has set up his workflows for editing the 3 episodes of the long-form television documentary series “Transkameroen” at home and on the road. And he will show how he has done all the editing, the color and audio finishing and the deliveries for broadcast in FCP X. The “Transkameroen” series has already been sold to 7 television stations in Europe. 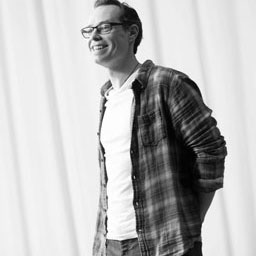 Feature film, long-form drama, documentary and advertising work have made British-Finnish Ben Mercer one of Finland’s most sought after editors, with a growing reputation and experience throughout Europe and Scandinavia.

His current and recent projects include The Unknown Soldier (due for theatre release in 2017) and drama series Rebellion (2016) an Element Pictures/Touchpaper Television co-production for RTE. The Midwife, directed by Antti Jokinen (2015). Ben’s work on Aku Louhimies’ Naked Harbour (2012) saw him nominated for best editing at the Jussi Awards, Finland’s “Oscars”. Before starting work on The Unknown Soldier, Ben completed editing an Austrian-Finnish co-production Life in Four Elements documentary, directed by Natalie Halle (release fall 2016).

Producers and directors value Ben’s keen eye not only as a creative editor but also as a perceptive script analyst. His holistic approach to editing also embraces the integration of ever-evolving technological solutions to further improve both creative editing and productivity in relation to budget and deadline restrictions. He’s an avid FCPX user :) 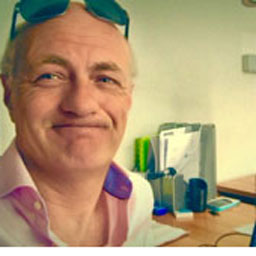 For more than 2O years Dimitri Stuer used to be a very popular radio presenter-producer for the Belgian national radio station VRT. Since 2011 onwards Dimitri is running his own company MotionBuilders and became passionate about online video for business communication (from awareness to informational campaigns). He has his own green key studio as well as post production facilities.

Most of all he’s a big believer of FCPx- loving the ecosystem around it- especially the plugins such as Hawaiki Keyer. Although he does not have a technical background, he surely is a creative producer who’s able to juggle with tools and applications like FCPx and CGI. And a brilliant video marketeer. 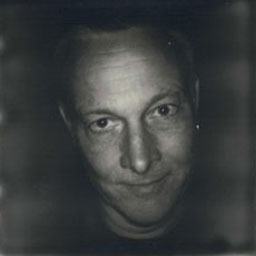 Duncan Shepherd (USA) has collaborated with world renowned Clients, Agencies and Auteurs in TV Commercials, Film, Music and Corporate videos for over three decades. His skills in all aspects of conception, design, editing and finishing have been applied to the high artistic and creative standards those fields demand. In "real life" he is a late convert to surfing, an old hand at motorcycling, and proud father of three college students. He has travelled the world for work and play, and "continues to find beauty in the banal and mundane.” 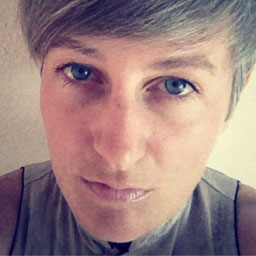 Giusy Naitana was born and raised in the Netherlands near Amsterdam.

In 2005 Giusy graduated from the Netherlands Film and Television Academy with a BA degree in film editing. Her final projects included one short fiction, Lena, the children television series, Docklands, 2006 Golden Cinekid Award winner Nina and Jelle and one cross media installation , Nightwatcher (in collaboration with the New Media department).

In 2006, Giusy moved to Athens working both as a co-editor and first-assistant editor for a Greek television drama series "Exo ena Mystiko" and three Greek feature films. The last film she worked on ” Knifer” directed by Yannis Economides received 7 Hellenic Academy awards including the one for “best editing”.

Since moving to Copenhagen in summer 2009 Giusy founded her own company kliipLAB, home of innovative editing. 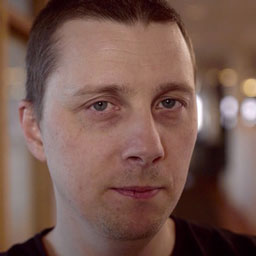 Mads Larsen Nielsen has 15 years of editing experience. As network system integrator he has handled more than 100 documentaries and large scale television productions. Since arriving at Metronome Productions 3 years ago, he has been responsible for developing network and server environments and optimizing workflows for Final Cut Pro X productions.

About Metronome: More than 30 seasons of various television shows have now been cut in Final Cut Pro X at Metronome Productions, one of the largest production companies in Denmark, owned by global content creator Endemol Shine Group. 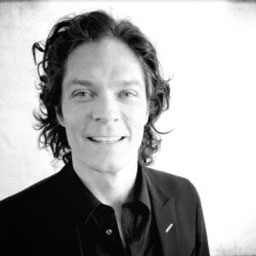 Working freelance in television as a writer, caster, VJ, format developer, host and producer from 1996 - 2007 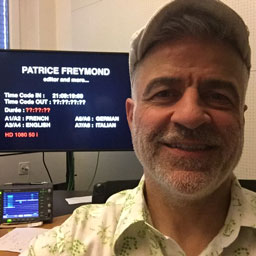 PATRICE spent the last 35 years editing in cramped OB trucks, stuffy newsrooms or the comfort of lavish postproduction suites. Commercials, rock concerts, indie documentaries, Olympic games, opera, hard news, he's cut stuff on all sorts of tools, from two inch tape to FCPX and pretty much everything in between. For his efforts he was rewarded with a few trinkets and a couple of slipped disks.

After living in Milan, Paris, Manila and Marseilles, he's finally settled in his hometown of Geneva, Switzerland. He still edits, but also teaches FCPX and devises workflows for independent productions and other clients. 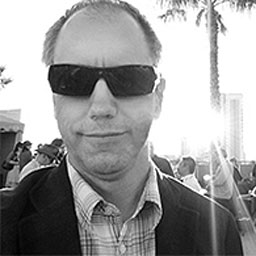 Peter is a broadcast Final Cut Pro X editor working in England concentrating on high pressure, quick turnaround sports and events. He has pioneered many ‘edit whilst ingesting’ workflows that have now become industry standard worldwide.

Since 2006 he has written and published Final Cut Pro plugins and templates under the Idustrial Revolution brand.

You will also find Peter as Editor-in-Charge at the popular Final Cut Pro X website, www.fcp.co.

Peter is proud to have been made an honorary Freeman of Lichfield, where he lives. Unfortunately this doesn’t mean he can herd sheep through the centre of the city on a Saturday morning. 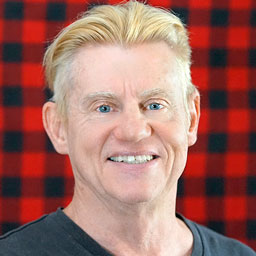 President of both Intelligent Assistance, Inc and Lumberjack System, Inc., Philip Hodgetts is an expert in pre-post, metadata-assisted editing and metadata-based post production workflows. As an industry analyst he has had a remarkably accurate track record on predicting developments within technology. An experienced and highly-respected trainer and industry expert, Philip has written extensively online across a wide range of topics: http://metadata.guru

He is the author of The HD Survival Handbook and The New Now: How to grow your production or post-production business in a changed and changing world among other titles. Philip has presented at many conferences and seminars around the world. 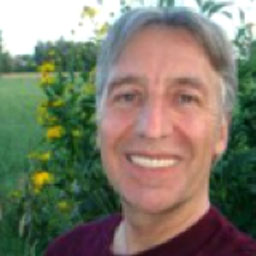 Ronny Courtens (Belgium) is a highly respected post-production professional with nearly 40 years of experience in the European film and television industry. He has lived in Darmstadt, London, Paris and Brussels working for major national broadcasters and post-production facilities. He masters every major NLE on a professional level but since he used FCP X on a major broadcast job at the 2012 Olympic Games in London, he has become a huge proponent of this application. He is one of the world’s leading experts on FCP X, and he has helped production, post-production and broadcast companies all over Europe make the transition to the new Final Cut Pro in the past years. 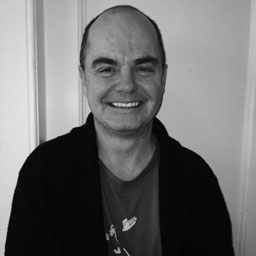 One of the founding partners of Soho Editors, Rory has the great combination of extensive 'real world' post production experience and a proven track record as a highly skilled trainer.

He has also acted as a creative consultant for several major broadcasters helping them to maximise the creative potential of their post production resources. 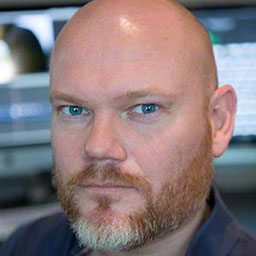 Ryan Velin has been an editor at Metronome Productions for more than five years. For the past 4 years he has been in charge of implementing Final Cut Pro X into post production and is now entirely committed to coming up with new ways of working and the implementation of new technology all revolving around Final Cut Pro X. 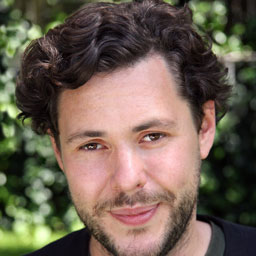 Sam Mestman is FCPWORKS’ Chief Workflow Architect. Sam’s also a regular writer for fcp.co and MovieMaker Magazine, teaches post workflow at RED’s REDucation classes, and is the founder and CEO of We Make Movies a film collective in Los Angeles and Toronto which is dedicated to making the movie industry not suck. 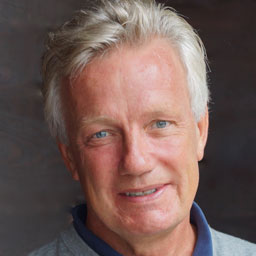 Steven Bawol (France) is Managing Director of Helion Pictures, a Paris based production company. He has created, written, directed and/or produced more than 400 episodes of a dozen original series. He started as a location scout on “Miami Vice”, was a co-producer/director of the ground-breaking police series “The Street” for Universal (the first series shot on Betacam), created and executive produced “Wish You Here” for CBS (first prime time series shot on home video) and created and directed the interactive comedy “Boy meets Girl” for SVT1/SVT2 in Sweden (which ran on two channels simultaneously) and worked at HBO.

He has created, produced and directed fiction series for Channel 4 UK, France 2 and Nickelodeon. He co-created France’s top-rated police series “Section de Recherche” for TF1 , was an executive producer of the Canal + series “Borgia” and most recently created and directed the documentary/adventure series, “Mountain Rescue” for Discovery France/RMC Decouverte. 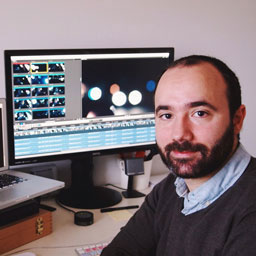 Jesús Pérez-Miranda studied Film Editing in Madrid Film School and has over a decade of experience in post production. He has edited a wide variety of projects in Avid and Final Cut Pro, ranging from scripted and non scripted TV shows, to on air promos and corporate videos. He has also worked in feature films as a consultant and assistant editor. Along with his ‘real world’ experience, he has been training editors and students for several years in all the main NLEs.

Recently he founded Cut People a workflow and integration company specialised in Final Cut Pro X, which produced the first Final Cut Pro Tour workshop in Madrid, and is also the LumaForge exclusive reseller for the Iberian market.